Our Work in the Community of Mulas, Puerto Rico

I have worked in different countries despite my young age. As a student, I had the privilege of  leading a team for a project in Carmen Pampa, Bolivia as part of the Engineers Without Borders – South Dakota State University (EWB-SDSU) chapter. Upon graduation, I joined the EWB-Rocky Mountain Professionals and we have been working on multiple projects in the Quiche region of Guatemala. Now, I had the opportunity to mentor a group of students from the EWB-CU Boulder chapter for a domestic project in Puerto Rico. I dare to say that Puerto Rico feels so isolated from the US that it feels like a separate country.

Needless to say, unexpected challenges will raise with working even outside the state you primarily practice. Before continuing, I was surprised with the warm welcoming and willingness to help from the community there. They have been heavily affected after hurricane Maria over two years ago. The federal government has provided resources to repair and replace any equipment and infrastructure the hurricane damaged but we were saddened to hear that this particular community has not received any technical help to be able to access those funds. Our work is particularly important as it pertains to their water distribution system which was greatly affected by the hurricane and of which they depend heavily to get any drinking water at their homes.

As we walked through the community we notice how some houses were abandoned, either because people moved out or had died during the hurricane. As we continued gathering GPS data to map the entire community, we were welcomed by some of the water board members as well as community members. The water board is an essential group of people that manage and operate the water system in these small rural communities and are often the leaders of the communities. We were able to gather some great data that would be processed by the students at CU-Boulder to create a more robust database of house locations (latitude, longitude, and elevation) to better design the hydraulics of the water system.

The current water system is 100% gravity-fed and requires no electricity to operate. This makes for a viable solution in terms of cost but at the same time, it requires closer attention to operate normally. The community is located in a rainforest where flooding is common over the rainy season (July through October) and maintenance of the current water catching system is extremely difficult. These types of systems are common in isolated rural communities of this size and EWB has implemented thousands of systems like these.

Based on some preliminary data we were able to find that the water treatment system is about 210 m in elevation and thehighest house in the community is about 200 m. As you can imagine this has presented some problems in the past in terms of water pressure and availability. Talking to Wiso and Isaias, the owners of the two highest elevations houses and operators of the water system, they mentioned (with a smile on their faces) that has been one of the reasons they have been so involved with the system maintenance. If they do not have water, they know something is wrong and are able to sometimes promptly fix it. Other challenges including water turbidity and filter clogging have been investigated and solutions have been found by the EPA. If you would like more information on this work, please reach out and I can explain what we were able to learn about their work during our trip.

Aside from the faulty water distribution system, we found that the access to their water source was a 1.5-mile hike up the river bank since the hiking trails were completely damaged by the hurricane. Upon arrival at the source, we found a three-step primary filtration system that needs to be constantly maintained and that it is impossible to access during rainy events making access to clean water almost impossible. We were able to document the system and hear feedback from Luis (a member of the community who guided us through the river) in order to create a plan to design a more robust and easy to maintain system.

Our final task was to speak and hear the opinion of the water board. We received feedback regarding a number of faulty pipes, the difficulty of access to the water source, and lack technical help they have received in the past. We could tell how much these people care about their system and how grateful they were with us for helping them get the resources and technical knowledge they need. We confirmed the importance of getting a more reliable water catching system, better access to the source, and a new water distribution system.

This trip was really eye-opening for me and the students as they were able to see the impact we as engineers have on society. At the same time, we don’t really consider the US a poor country, but there are millions of people that live below the poverty line and have limited resources. The work that organizations like EWB, ASCE, and AWWA are doing as part of the Community Engineers Corps program has been impactful to these communities. I have been and always be a firm believer that the knowledge I have is useless if I don’t use it to help others live a better life, and that is why I have put so much effort in volunteering with EWB for the past six years.

I asked the students to summarize their experience in a paragraph and to include some of the lessons learned during this trip, here are their responses:

My experience this past week has been one of feeling like a heavy load I was helping to push up to the top of a high hill is now rolling down the other side by its own momentum.  The team can attest to the fact that starting the project was an experience requiring constant optimism as it was a process with many disappointments before finally matching with the community of Mulas, but I see this week as a huge transition and relief because it marks the transition from nearly complete speculation on our part to suddenly possessing real understanding and information, from leaning heavily on CECIA to hold our hand at every step to be able to begin walking on our own and fulfilling our aspirations to create something meaningful.  This came by many avenues, from our own data collection to conversations with key players to simply being on the ground in Mulas as a team and getting to see things for ourselves. In any case, I am surer now than ever of the incredible talent, passion, and drive that exists even within the 5 other members of our travel team which will take this project so much further than I ever could on my own. This has been a particular relief to me from the perspective of transitioning team leadership to Hannah and Natalie [incoming project manager for the domestic team] and seeing the rest of the team roles change with new members coming in soon and the veterans shifting responsibilities, as I feel a total trust in the wonderful people of my team to do what it takes to make it a success.

I can't wait to continue to support the team in any way I can, and would feel blessed to be able to come back to this gorgeous island and get to experience the humble kindness of the people of Mulas and CECIA all over again. The team agreed that so far it seems they have served us far better through their warm welcome and their willingness to be patient as we get on our feet than we have served them.  The water board's words of gratitude will fuel me in my EWB work for months to come.

There’s a multitude of small lessons learned from a trip like this, mainly about what working in a rural community is actually like. However, what really stood out to me was the people of Mulas. Everybody I met was kind and outgoing, happy to share with us their way of life. They were resilient and hardworking, like when Carolina started whacking away brush with a machete. They were beyond generous, constantly bringing pastries, drinks, and sandwiches to the filtration site where most of the work took place. Working with this community feels like a privilege for me, rather than a service that we are attempting to provide. It motivates me to do better after meeting many of the community members of Mulas.

I also learned the value of an assessment trip. We really didn’t know much about the community before travel, and now we all have a much stronger background to start considering how we can be of assistance. Our original plans included surveying each community member. A quick chat with Graciela got rid of that plan, and the first trip to the community confirmed it would be nearly impossible. I learned that contingency plans are required and to try to have no assumptions about first experiences in new locations.

I can say with complete sincerity and certainty, that the Puerto Rico Assessment trip was a truly unique experience. After our initial conversation with Graciela, I was not sure what to expect. A large part of our travel plan was to interview the people of the town about the water system, but we could no longer do that. Still, things turned out great! I really admired the teams' ability to adapt and always keep moving. The majority of us did not speak fluent Spanish, but that did not stop anyone from trying! This same can-do attitude was a common theme throughout the trip; not only true for our team, but also for the people of Mulas. One thing that stood out to me was when we were going up to the source and the person that was initially taking us did not show. Luis, another member of the community stepped us and took us without hesitation. Furthermore, he was so funny and showed us what the jungles of Puerto Rico had to offer, like cacao plants! After visiting, I am more excited than ever to help on this project. The people of Mulas work so hard for their community and I hope to be able to do a fraction of what they have done and continue to do. 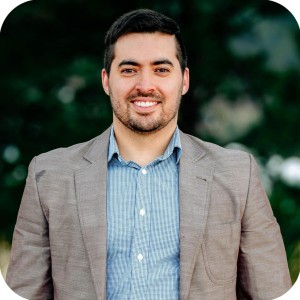 I am currently working as a Bridge Engineer at Foothills Bridge Co. Foothills provides engineered solutions for the erection, retrofitting, and dismantling of bridges. During graduate school, I worked on a project entitled "Evaluation of UAV as a Bridge Inspection Tool". This research was conducted to promote and develop new and innovative techniques to inspect bridges to decrease costs and risks involved with current inspection practices. I also host a podcast, the Engineering our Future Podcast, where I share meaningful and educational conversations with some of the best and brightest engineers and professionals around the world so you can stay ahead of the curve in your career. Learn what the best engineers are working on, creating, and teaching so you can develop the skills needed to maintain your role as a key member of society.
All Posts