The Power of Education in Our Career with Dr. Jacqueline El-Sayed

Zencastr: https://zen.ai/engineeringourfuture
Get 30% off your first three months with a PRO account. This episode is sponsored by Zencastr, my #1 podcast tool. They provide a crystal clear sound and gorgeous HD video. I love that it records separate audio and video tracks for the guests and me. Plus, there is a secured cloud backup, so you never lose your interviews. It is super easy to use, and there is nothing to download.

Check out my NEW PE Exam Guide. It will help you prepare for the exam without sacrificing your life. From science-based study techniques to a study plan, you will have everything you need to pass the PE Exam.

Today, Dr. Jacqueline El-Sayed, the Chief Academic Officer for the American Society for Engineering Education (ASEE), talks about the current state of engineering education — and what it looks like for future engineers.

By elaborating on her ~20 years of experience in academia, she explains how the work of ASEE impacts the engineering education nationwide…for the better. From curriculum design and accreditation to diversity and inclusion.

Given the ever-changing technology engineers use and the new research being done, education has become even more important. For engineers, it’s not limited to the time they spend in school. Rather, it’s a lifelong pursuit.

She is a professor emerita of mechanical engineering and served on the faculty at Kettering University for 18 years, eventually earning the position of Associate Provost. Dr. El-Sayed has served as PI or co-PI for multiple externally funded projects totaling ~$25 MM, including the NSF Engineering Fellows Postdoctoral Fellowship Program.

In addition to her work in academia she has served in the industry and government. She is a four-time gubernatorial appointee to the Michigan Truck Safety Commission and, as commissioner, served as chair for two terms. She also chaired the Driver's Education Advisory Committee and the Motorcycle Safety Advisory Committee for the Michigan Department of State — work that resulted in new legislation for Michigan.

She began her career as an engineer for General Motors Truck Group and has been nationally recognized in higher education as both an American Council on Education Fellow and a New Leadership Academy Fellow. 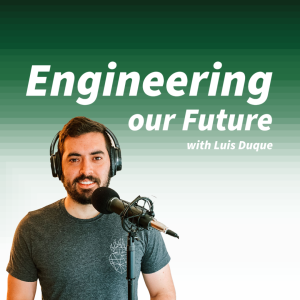